Making beer, cider and spirits in the middle of Canterbury

The Foundry is the site of Canterbury Brewers and was part of the Drury & Biggleston’s Foundry. From the early 1800’s to the late 1900’s they supplied the south east railway and repaired the winding engine to the Crab and Winkle line. They constructed one of the very first torpedoes under the design of Admiral Harvey and their nineteenth century lamp posts can still be found in Canterbury and indeed all over the world.

Now an inspiring setting just off Canterbury high street, Canterbury Brewers are famous for their debut brew ‘Foundry mMn’s Gold’. A golden ale with strong aromas of citrus and elderflower with a subtle, lingering bitterness. They also produce ‘Foundry Torpedo’ an amber ale with an explosive, crisp finish. In addition they brew another 14 beers and ciders and also distill four gins, a vodka, apple pie moonshine, a spiced rum and white rum.

You could join in one of their which goes through the craft process of brewing handmade grain to glass. Listen again to Susie and AJ tasting the spiced rum here. 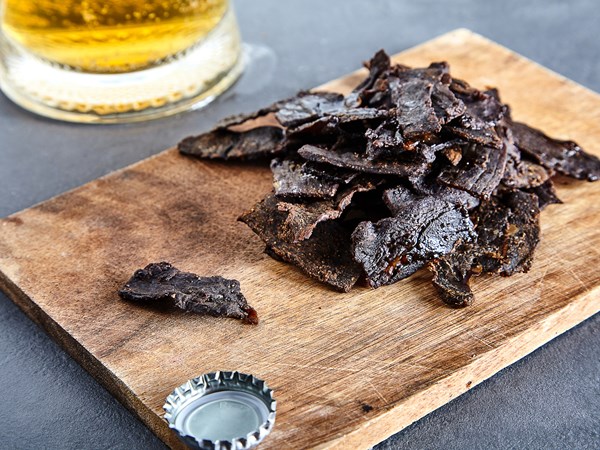 The man behind the meaty beefy snack that is jerky